Login
Gallery
Send Us An Enquiry
Save To Wish List

When you book with an account, you will be able to track your payment status, track the confirmation and you can also rate the tour after you finished the tour.
Sign Up
5087
Detail

SANREMO EXPERIENCE – The Medieval centre, and the celebrated 19th and 20th century resort

What you do not expect from a town which is famous on a tourist level. Not only sea, not only a town centre full of attractions. There is so much culture too, colours, unexpected views. From historical buildings spread out over three ancient zones up to the works of art in the different churches. It will be lovely to wander aimlessly down the narrow streets called in local dialect “caruggi”, see patches of blue sky above the ancient and very high houses, go into and come out of the old part of the town through its ancient gates.

From Piano to Pigna with possible detours: get to know the intriguing old nucleus of the town of Sanremo, along the track ot the roman road and around the collegiate Church of San Siro.

From the scenic square of San Siro, the part of the historical center all tourists know, through via Palazzo, to the medieval discrict of “la Pigna”. Small squares and narrow alleyways (carrugi), bordered by historical palaces, are the main characteristic of this large part of the town, that climbs the hill to the Regina Elena Garden and then further up to the Sanctuary of Our Lady of the Coast. Echoes of medieval life: the defence from pirates, popular devotion in small chapels, the cultivations of citrus fruits and olive trees: this was life in the community areas of la Pigna.

Different itineraries can be tailored according to your needs and requests.

Finally get to know the 19th and 20th century resort which still attracts monarchs, the nobility, the high rollers, and celebrities worldwide. 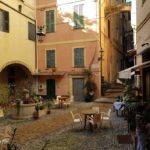 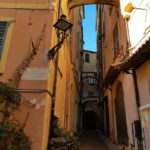 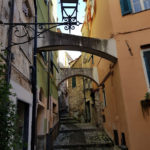 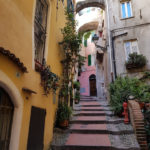 Read More
10 travellers are considering this tour right now!
We are using cookies to give you the best experience. You can find out more about which cookies we are using or switch them off in privacy settings.
AcceptPrivacy Settings